TWO SHOW PACKAGES (SPAMALOT, CATS) ARE CURRENTLY AVAILABLE, ALL FOR ONE GREAT PRICE!

“Lovingly ripped off” from the classic 1975 film Monty Python and the Holy Grail, MONTY PYTHON’S SPAMALOT retells the legend of King Arthur and his Knights of the Round Table and of their search for the elusive Holy Grail. Assisted in their journey by the glamorous Lady of the Lake, the knights sing and dance their way through medieval England, where they encounter cows, chorus girls, a killer rabbit, and assorted French people. The original 2005 Broadway production won three Tony® Awards, including Best Musical, and has been hailed as “gorgeously silly” (New York Post) and as “a big, crowd-pleasing Broadway musical comedy” (Newsday).

Music by Andrew Lloyd Webber
Based on Old Possum’s Book of Practical Cats by T.S. Eliot

Directed and Choreographed by Tony® Award Recipient Baayork Lee, the international hit musical has audiences and critics alike are rediscovering this beloved musical with breathtaking music, including one of the most treasured songs in musical theatre — ”Memory”. Winner of 7 Tony® Awards including Best Musical, CATS tells the story of one magical night when an extraordinary tribe of cats gathers for its annual ball to rejoice and decide which cat will be reborn. This all-singing, all-dancing musical spectacular has been translated into 16 languages, seen by more than 73 million people worldwide, and is still one of the longest-running shows in West End and Broadway history.

Purchasing this two-pack qualifies you a subscriber. That GUARANTEES your seats for all four shows and allows you to enjoy subscriber-only benefits, including:

ALL SHOWS AT THE BYERS THEATRE 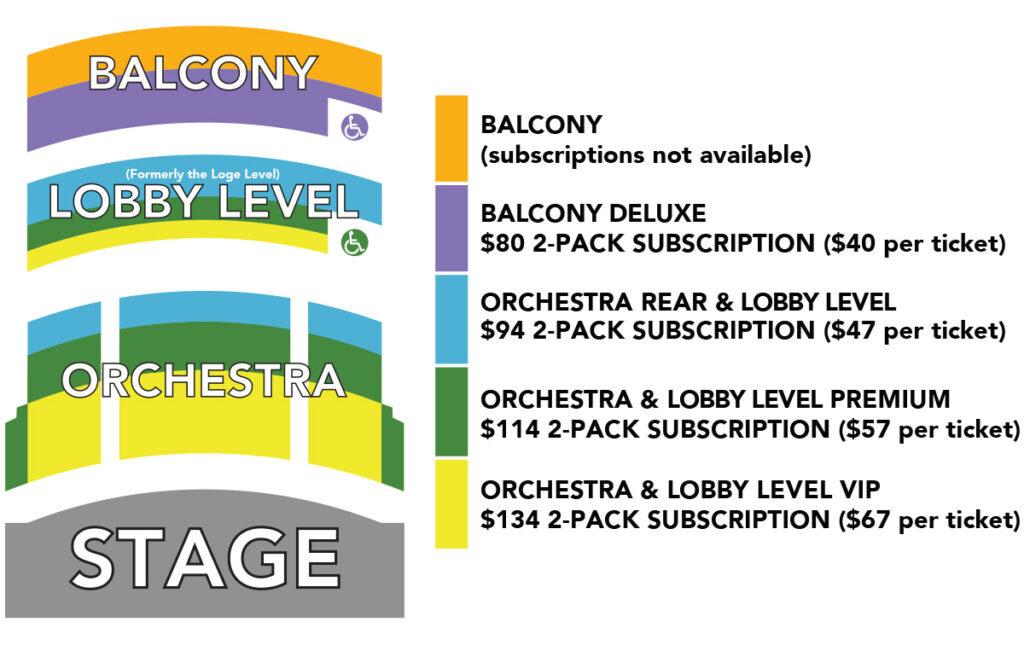 Click image above to view a detailed look at the Byers Theatre seating chart.

Subscription prices do not include mail or handling fees.

With an additional weekend of performances, we’re holding the FIRST FOUR ROWS for you! For a minimum tax-deductible donation of $5,000, you can join our Producers Circle and move to the first 4 rows in the center section, AND keep your seats for as long as you remain a subscriber! 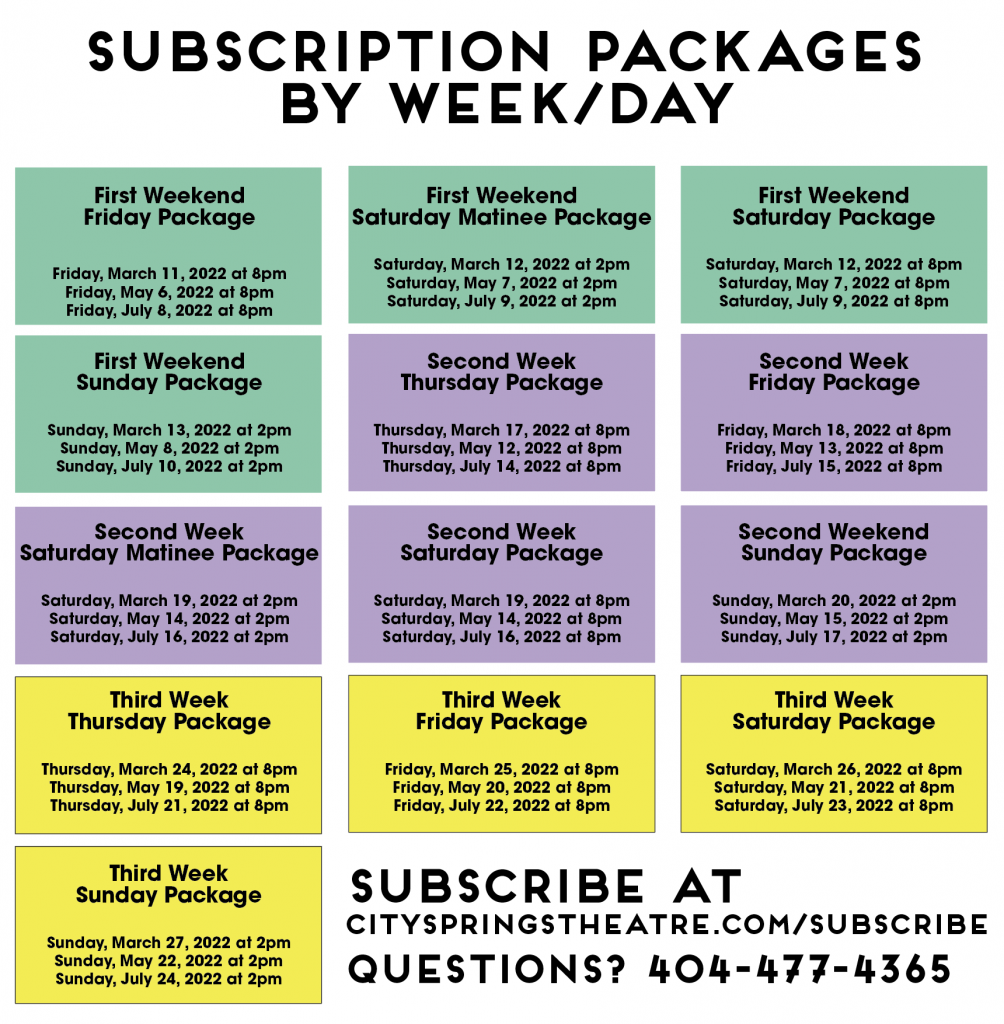