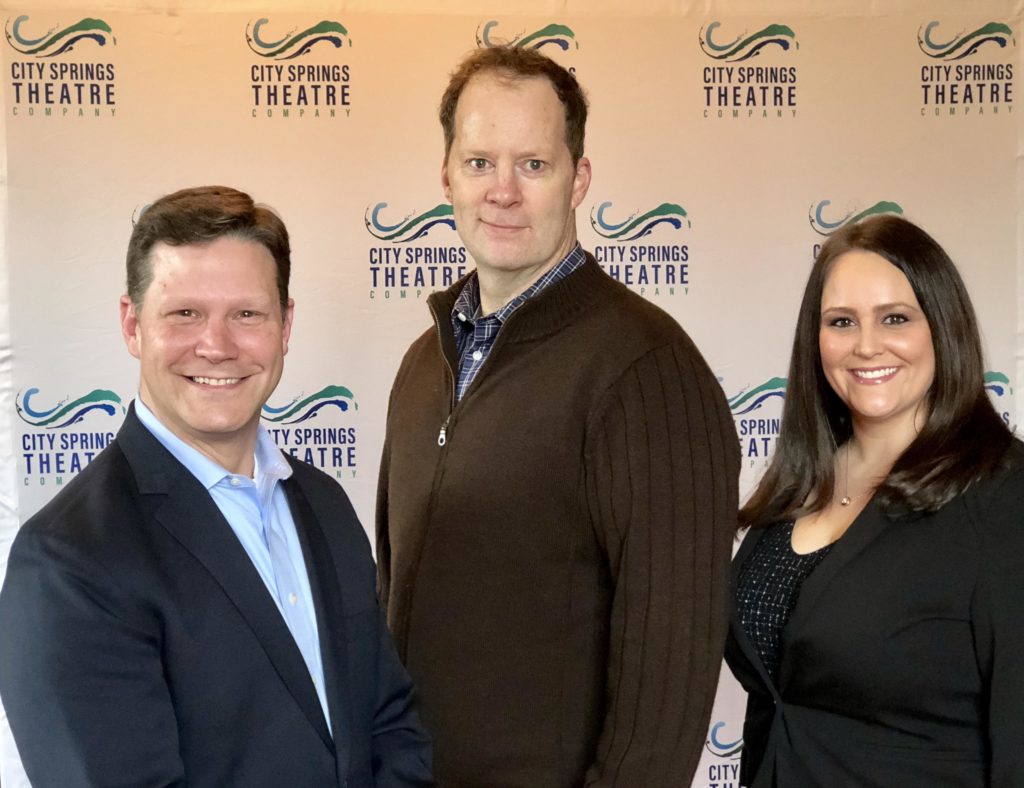 Beginning September 2018, City Springs Theatre Company will produce full-scale, well-known Broadway musicals at the Performing Arts Center. The theatre’s first season will include the hit shows 42nd Street (September 14-23, 2018), Elf the Musical (December 7-16, 2018), Rodgers and Hammerstein’s South Pacific (March 8-17, 2019) directed and choreographed by Tony Award recipient Baayork Lee, Billy Elliot the Musical (May 3-12, 2019) and Hairspray (July 12-21, 2019). As part of its mission, the theatre company will also create and produce arts education at the new facility, offering diverse and engaging programs for students of all ages. To support the programming, the theatre company has already raised over $750,000 in funding, including a $500,000 grant from the Sandy Springs Foundation.

“The ability to create and educate in a first-class facility in the heart of Sandy Springs is a dream come true,” states Blocker. “The passion and support of this community has been overwhelming. I am incredibly proud and honored to work with the top-notch team that we’ve assembled.”

The performance venues at the Performing Arts Center include the 1,070-seat Byers Theatre and a 350-seat studio theatre. The Byers Theatre is a proscenium theatre with a large stage, fly system, and orchestra pit, and audio/visual infrastructure that supports music, dance, theatre, and film. The studio theatre is a 5,511 square-foot room with flexible staging and seating options. The performance and seating area consists of a cushioned hardwood performance floor, portable staging of up to 48 by 20 feet, and a system of telescopic seating platforms that provides 198 fixed theatre seats.

In addition to Executive/Artistic Director Blocker, the theatre has lined up an impressive management and artistic staff. Tony Award-winning actor and Georgia native Shuler Hensley will serve as associate artistic director. Hensley made his Broadway debut in 2000 as Inspector Javert in Les Misérables, won a Tony Award for his role as Jud Fry in Oklahoma! in 2002, and has starred in countless film, television, and Broadway productions over the last two decades. He most recently starred as The Monster in Mel Brooks’ Young Frankenstein in London. Hensley is also the namesake for the Shuler Hensley Georgia High School Musical Theatre Awards celebrating the state’s talented students in musical theatre.

“I am thrilled to join City Springs Theatre Company and become even further connected to the metro Atlanta arts community,” says Hensley. “Brandt and I will work to combine the immense local talent here in Georgia with stars from Broadway as we create New York quality musical theatre in a brand-new, world-class venue right here in Sandy Springs!”

“It is an exciting time for Sandy Springs, and we are delighted that efforts to develop a world-class cultural asset for the community will include strong artistic work developed locally through artistic groups such as the City Springs Theatre Company,” added Sandy Springs Mayor Rusty Paul.

Season tickets for the 2018-2019 inaugural season of City Springs Theatre Company will go on sale early 2018 and can be reserved through the box office at 404-477-4365 or by visiting the theatre’s website at: CitySpringsTheatre.com.